Interview with a conspiracy theorist

In Nineteen-Eighty-Four, there are “whispered stories of a terrible book, a compendium of all the heresies,” known simply as the Book, written by the number one enemy of the state, Goldstein, that reveals how the population is living in a nightmarish world of surveillance and control. On the boat across the misty channel, as I sucked the thin air through my mandatory face mask, I wondered if I was on the way to meet our very own Goldstein, an author and “conspiracy theorist” who claims to have been proven right again and again, but whose name is so dangerous, to speak it on the airwaves can put a publisher or broadcaster in dire straits. So from this point onward, I will refer to the author who took me for a drive through the country lanes in his black BMW estate car as simply Mr X.

“I’m taking you to a place where they know me, so there’s no need for a mask,” Mr X says. “What would you like to drink?”

“A Coca-Cola,” I reply, sheepishly.

When I ask him if he believes that the world has succumbed to mass hysteria, Mr X nods. “Native Americans call it wetiko: a virus that takes over the mind.”

An enemy of the state who is denied entry to several western countries, public hatred has been at its hottest since Mr X’s outspoken remarks about the pandemic. Yet Mr X seems remarkably at home and comfortable in a socially-distanced public place. Wearing a black waterproof jacket, eating a ham and cheese sandwich on an outdoor café bench in October 2020, Mr X said, “Never mind the consequences for me. I don’t care what the consequences are for me. I want to pursue the truth.”

Allowed to go about his business in the UK without criminal sanction, Mr X is nonetheless banned from communicating on most of the freely available platforms, and interviewers who host him risk having their digital access revoked, essentially unplugging them from their audience, their revenue and their livelihoods. “I don’t see conspiracies everywhere,” he says. “I see one conspiracy with many faces.”

The conspiracy he speaks about is often so frightening, it’s absurd, or vice versa.

Mr X says he entered a higher dimension on a hillside in Peru in 1990, during an ayahuasca ceremony. He then took his visions out into the wider world and was publicly ridiculed on national television. For the last 30 years, many of Mr X’s most apocalyptic prophesies have come true. “I don’t want a statue. I don’t want a round of applause. I want to know what’s going on.”

What’s going on, he says, was predicted by the Gnostics. They wrote about “Archons,” ancient Greek for rulers. “They were describing virtual reality in 400AD.” And they take two forms: serpentine, or a grey foetus with big, bulging eyes. It was only recently, when the US government appeared to confirm what “conspiracy theorists” had contested for years—the existence of extraterrestrials—that I began to take Mr X’s theories seriously. My awakening happened to coincide with a global pandemic, which Mr X long ago predicted would be unleashed to further the enslavement of mankind to technology and link us up to artificial intelligence. It isn’t the virus that is killing people, Mr X has controversially claimed in a sick twist of irony, but the wireless internet technology we are being encouraged to adapt to combat it—and the experimental “vaccines”.

Mr X has frequently proclaimed that the big “conspiracy” is being waged by a race of extraterrestrials, perhaps the highly advanced humanoids of the kind that were shown to exist in Area 51, having been found in an archaeological dig.

Mr X says our leaders, who are actually a highly advanced race of alien psychopaths, are marching mankind willingly towards permanent house arrest in an entirely technocratic society, linked up to artificial intelligence in a virtual “cloud” that promises to keep us safe, but is actually microwaving our brains. In our rulers’ ideal society, but our dystopia, any serf or prisoner who questions the system doesn’t have to be ostracized or even imprisoned—they will simply have their consciousness erased and deleted.

“How come you haven’t been taken out by the Archons for revealing the secret?” I ask.

“How can you perceive the concept of shape-shifting if you think the world is solid?” Mr X says, gnomically.

To be clear, Mr X does not believe the world is solid. While often misquoted willfully to discredit him in the mind of the public, to understand Mr X’s ideas properly, one must think beyond the limits of what we generally perceive as reality.

“There is no space-time, only the illusion of space-time,” Mr X says. “What we call the laws of physics are like a virtual reality game with laws that have been programmed. That’s why people who have near-death experiences are able to experience this new reality. The speed of light is the outer firewall of this reality. I’ve been saying this for thirty years.”

More profound insighrts from Mr X appear in A Void issue 4: the magazine of mass hysteria, published in October 2021.

Click the cover image below to pre-order a copy. 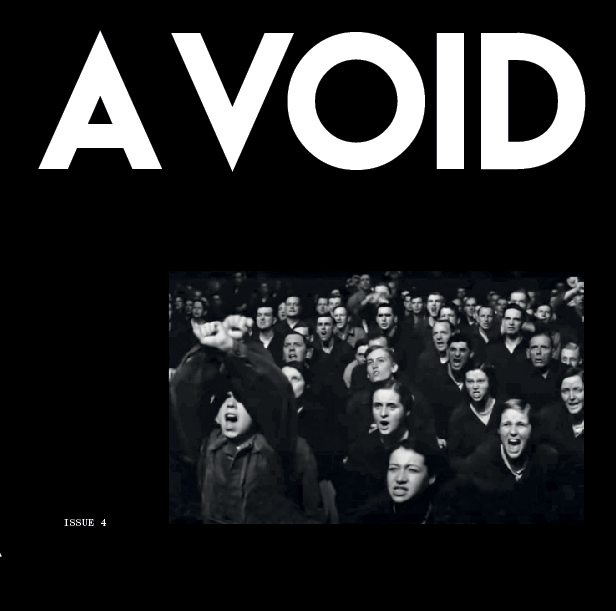 Note: A Void comes as standard with all Temple of Surrealism subscriptions